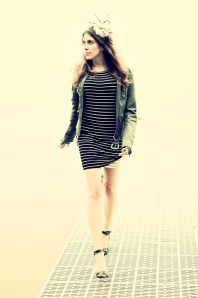 When you are not an outdoorsy person [understatement], and you tell people who know you that you are going to spend three weeks hiking a mountain in an undeveloped country, the reactions vary.

Oh, wait, it is not just hiking a mountain, I am told. Even though I am not going to the very peak (no one thinks that is a good idea), I am going up to base camp, which is 16,486 ft of Mera Peak.

Let’s put this in perspective. The south and north base camps for Mount Everest are 16,900 and 17,958 ft, and people have to qualify to climb that. Since I just bought the first pair of hiking boots I have ever owned, for this trip, it probably stands to reason that I do not qualify for anything at this point.

Having mostly guy friends, they give me their reactions pretty straight, so I have had quite a few that have simply said, “Dude, you are probably going to die.” One even went so far as to sit me down for a serious conversation and say, “This is the dumbest decision you have ever made”, to which I responded, “Well, that cannot possibly be true.”

[I did try to walk off a broken foot through London with Nerdstick for a couple weeks by just tying my chuck taylors tight.]

These are the reactions that make me laugh, and they are quite helpful. I am prone to acting as a devil’s advocate on any topic, so to have others taking that side relieves me of the need.

Most responses have been supportive and of the “Once in a lifetime opportunity” variety. These are quite helpful, as well.

All three of my siblings are behind me on this trip. If you ever saw the four of us try to pick out candy together when we were kids when we could only get one thing, you would realize how astonishing this is that we all agree on something. I appreciate their support, because they do not often unite as a cohesive front behind my choices.

Then, there are those who hold a special place in my recent memory.

~I told a friend in NYC that “I have been asked to be in a documentary. It requires that I take a three week trek up a mountain. I leave in a few weeks.” He said, “Is it a comedy?”

~A friend in LA had the first reaction of, “Oh, I see Academy Award winning documentary all over this. You will be a comedy of errors in all of this.” He calls occasionally, laughing, to check in on my progress and to tell me that the more people he tells, the funnier he finds it.

He called on a Tuesday night around midnight and asked, “What are you doing?”

“Is this part of your training?” He says, laughingly.

Swallowing around the too big bite of the cinnamon roll I had just taken, “I am wearing hiking boots.”

~My dearest guy friend, Nerdstick, in Chicago, watched the first bit of footage and said, “I get why they asked you to do this. You are absurd.”

The reactions are entertaining and I love that I have such wonderful people in my life that even entertain having reactions. I guess it really comes down to the really ridiculous, stoner sounding, stream-of-consciousness explanation that I gave Luke when he broke into my place one morning to ask me if I wanted to go on a hike (and he filmed it…).

Bullfighting from Luke Mislinski on Vimeo.

Donate to the film. Any and all contributions make a difference.

***You can donate through the GoFundMe campaign, as well as share the link and encourage others to donate:

***You can donate through PayPal here: